For several years now, I’ve been running all my AWS instances with a recent long-term support edition of Ubuntu server, ZFS as the root file system. Ubuntu 20.04 LTS was released today, so I’ve updated my Packer templates - the original inspiration for the amazon-ebssurrogate builder - to support it! 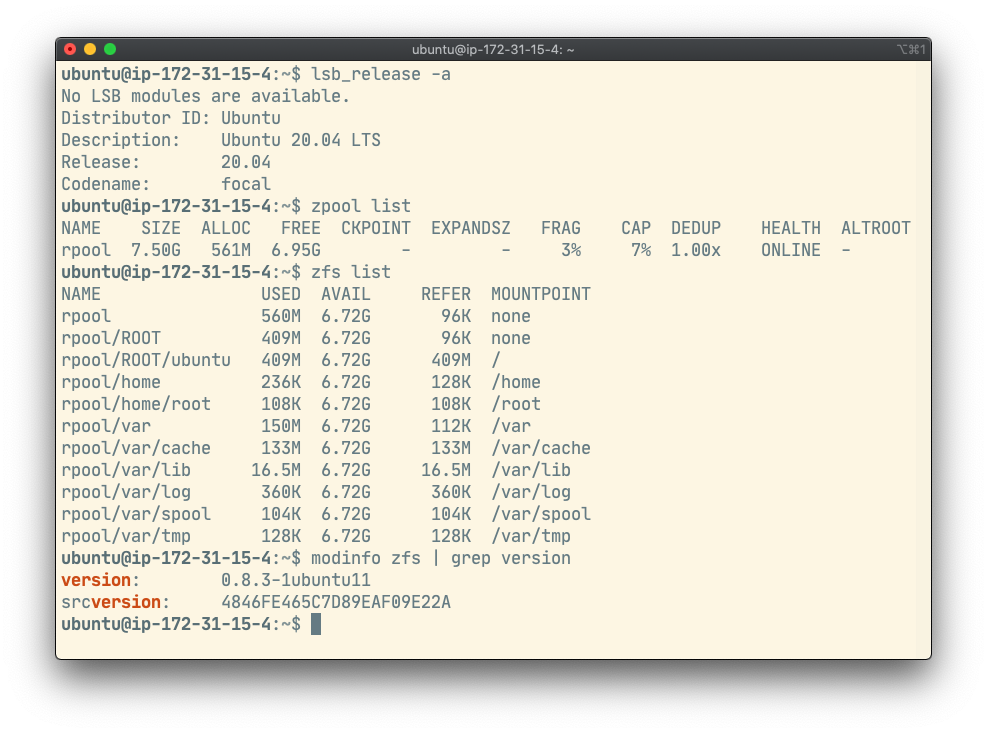 Ubuntu 20.04 has some nice new features, including:

Since I last updated these templates, HashiCorp have also added a feature to Packer to allow templates to be authored in HashiCorp Configuration Language v2 instead of JSON.

While still in beta, HCL provides a nice set of “quality of life” improvements for Packer users, including the ability to include comments and ignore trailing commas in arrays. The difference is made clear by comparing the 18.04 template written with JSON to the HCL version for 20.04!